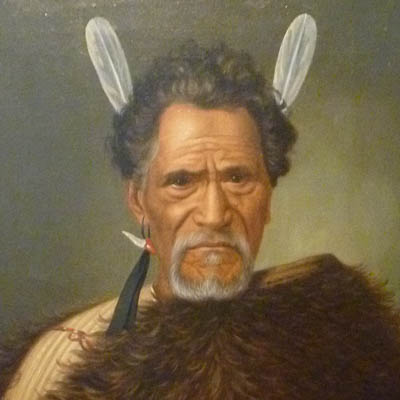 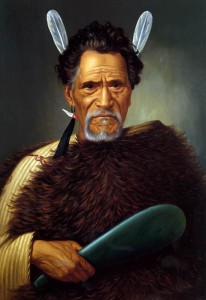 Te Korou was born in the later eighteenth century. Through his father, Te Raku, he was a descendant of Rangitane, from Hauiti, the younger sibling of Hamua, ancestor of his principal hapu. His mother was Te Kai, and through her he was descended from Te Awariki, the youngest of the three brothers descended from Rangitane. He was, by 1840, married to Hine-whaka-aea. She was descended from Te Hina-ariki, ancestor of Ngati Te Hina, and was connected with Wairarapa Ngai Tahu. Te Korou and his family were also connected with Ngati Wheke, Te Matehau, Ngati Te Hauaitu, Ngati Te Tohinga, Ngati Te Umu and Ngati Te Aomatauru. Through extensive intermarriage the family was related to Ngati Kahungunu, but their chief kinship was with Rangitane.

Te Korou and his family were among those who about 1834 were forced to flee from Wairarapa to Nukutaurua on the Mahia peninsula by the invasion of northern tribes. Te Korou was captured by Te Ati Awa, but he escaped near Orongorongo after tricking one of his captors, Te Wera of Ngati Mutunga. When no one else was near, Te Korou offered to rearrange Te Wera’s load, seized his long-handled tomahawk, gashed Te Wera’s hands which he had put up to protect himself, killed him, and escaped into the bush. When peace was arranged between the Wairarapa people and the invaders Te Korou was among the negotiators. Ngati Kahungunu, Rangitane and other tribes returned from the north from 1841 on, and Te Korou, already past middle age, re-established his position as one of the principal leaders in Northern Wairarapa. His interests and influence extended from present day Masterton to Eketahuna, and from the Tararua range eastwards to the coast.

In the 1840s Te Korou and his family were drawn towards Christianity. By the time he had been forced to go north, he had three children: a daughter, Erihapeti (Elizabeth); a son, Te Tua-o-te-rangi (or Te Turuki, later known by his baptismal name, Karaitiana or Christian); and a third, probably another son. When the missionary William Colenso visited Te Korou at Kaikokirikiri, near present day Masterton, he found Erihapeti about to be married to Ihaia Whakamairu. Since 1845 the whole community at Kaikokirikiri had been under the influence of a Christian teacher, Campbell Hawea, and in 1848 Colenso was happy to baptise all four Te Korou generations: Te Korou himself, who took the name Te Retimana (Richmond); his aged mother Te Kai who took the name Roihi (Lois); his wife Hine-whaka-aewa, who became Hoana (Joan/Joanna); his daughter, Erihapeti, and her husband, Ihaia Whakamairu; his four sons (two of them still boys); and two grandsons. Colenso noted that Karaitiana was a ‘fine youth’ and a fluent reader of the Bible in Maori.

Colenso recorded that Te Korou was determined to preserve his lands for his children, and to prevent his family from being demoralised by contact with Pakeha. But he was unable to live up to this hope. Already, in 1844, he had tried to lease land in the Whareama valley to the runholders Charles Clifford, Frederick Weld and William Vavasour, and had been annoyed when they decided to seek drier pasturage further north. In 1848 Te Korou was among those who discussed with Francis Dillon Bell, the New Zealand Company agent, the possible sale of Wairarapa land for the proposed ‘Canterbury settlement’, later sited in the South Island. Te Korou took part in other transactions; his willingness to do so probably arose from the fact that others were leasing lands in which he had an interest, without consulting him. There was argument in Kaikokirikiri over the leasing of the Manaia block to W. B. Rhodes and W. H. Donald. Later Te Korou proved to be one of the most co-operative in land negotiations with Henry Tacy Kemp.

As Pakeha settlement penetrated Wairarapa, tensions grew between younger men wishing to sell land, and their leading elders, who at first preferred to lease. However, to preserve something for themselves from the maelstrom of land-selling the older chiefs, whose mana would earlier have gone unchallenged, became sellers themselves. It is likely that on the one hand Te Korou, and on the other his son Karaitiana and his son-in-law Ihaia Whakamairu, were caught up in this kind of rivalry.

The pressure which Te Korou had to face came from the Small Farm Association, a body seeking to settle farmers on small land-holdings. The association sent Joseph Masters (after whom Masterton was to be named) and H. H. Jackson to Kaikokirikiri, at Governor George Grey’s suggestion. Their arguments were persuasive; Ihaia Whakamairu returned with them to Wellington to complete the sale. There is no record that Te Korou objected to the sale, but the sellers included some of the younger members of his family. In the various transactions which transferred the site of Masterton to the Crown, the names of Karaitiana, Erihapeti and Ihaia Whakamairu are prominent. Te Korou was directly involved in a number of sales, mainly to the south and east of Masterton, in the Maungaraki, Wainuioru and Whareama districts. He also signed the Castlepoint deed. Both he and Karaitiana sold parts of the same blocks together, but for the most part they did business separately.

From the 1860s on Karaitiana appears to have taken over from his father; at the 1860 Kohimarama conference he represented Kaikokirikiri. From the beginning of Native Land Court sittings in the Wairarapa in 1866 Karaitiana and Erihapeti represented the interests of the family. Te Korou did not appear often; in 1868 he was described as ‘an old man of Ngati Wheke’. Both father and son are described in government documents as supporters of the King movement in 1862. But they, with other Wairarapa leaders, were adherents more because of dissatisfaction over land sales and payments than because of any special attachment to the King.

Te Retimana Te Korou was said to be over 100 when he died at Manaia in early January 1882. Ihaia Whakamairu invited all his European friends to join in the mourning. Several leading settlers joined in a procession of 300 people to the Masterton cemetery.