Kurahaupo the ancestral canoe of Rangitaane o Wairarapa arrived in Aotearoa during the 14th century. Headed by Whātonga, Popoto and Ruatea the canoe had set off from Hawaiki to find Toi Te Huatahi, Whatonga’s grandfather. After calling in at Muriwhenua the party were told to sail around to the other side of the island to Maketu (in the Bay of Plenty). Here the chief Matakana directed them to Whakatane, which is where they eventually located Toi Te Huatahi in his pa Kapu te Rangi.

After staying with Toi for a while a group headed by Whātonga decided to look for other places to live. They finally settled at Takararoa at the Nukutaurua Bay on Mahia Peninsula. The Kurahaupō was turned into a stone reef that can still be seen today. Ruatea and Whātonga moved on again while Popoto stayed on. Whātonga went south where he built a pa called Heretaunga, the name that is still used to describe the Hawkes Bay region.

One day Whātonga went on a fishing trip to Te Matau A Maui (Cape Kidnappers), the fishhook of Maui, where he caught many fish. In his kete there was a nohu (rock cod) that his wife Hotuwaipara cut her finger on. The couple’s first child was named Tara Ika after this event to remind Whātonga of the accident. At this point Whātonga set off again on another journey of exploration. This time he travelled down the East Coast of the North Island, to the top of Te Waipounamu (South Island), Wellington and up the west coast until he came to the mouth of the Manawatu River. Following the river inland he came upon an extensive area of forest that became known as Te Tapere Nui o Whātonga (Seventy-Mile or Forty-Mile Bush) or the great district of Whātonga.

He had been away for a lengthy period of time by now and was thinking about his home and family. As he walked out of the forest into a clearing the clouds overhead parted revealing two peaks on a mountain range. His thoughts turned to his two wives Hotuwaipara and Reretua, imagining that the mountains represented their reclining bodies and so called the mountains Tararua, after his two wives. Following this event Whātonga began the long walk home to Heretaunga. 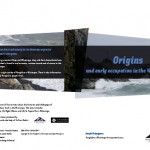 History book 01 Origins and early occupation in the Wairarapa 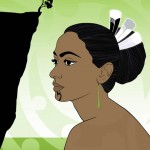